HEALTHY SKIN LOOKS GOOD ON YOU

Taking care of your skin is essential to your overall health. The Dermatology Institute has been taking care of our community for over 37 years and we continue to be dedicated to taking care of you and helping you achieve your healthy skin goals. A board certified dermatologist will work with you to establish a skin care treatment that eliminates dangerous conditions and leaves you with beautiful, healthy skin.

THE IMPORTANCE OF ROUTINE SKIN EXAMS

SOME OF OUR SPECIALTIES 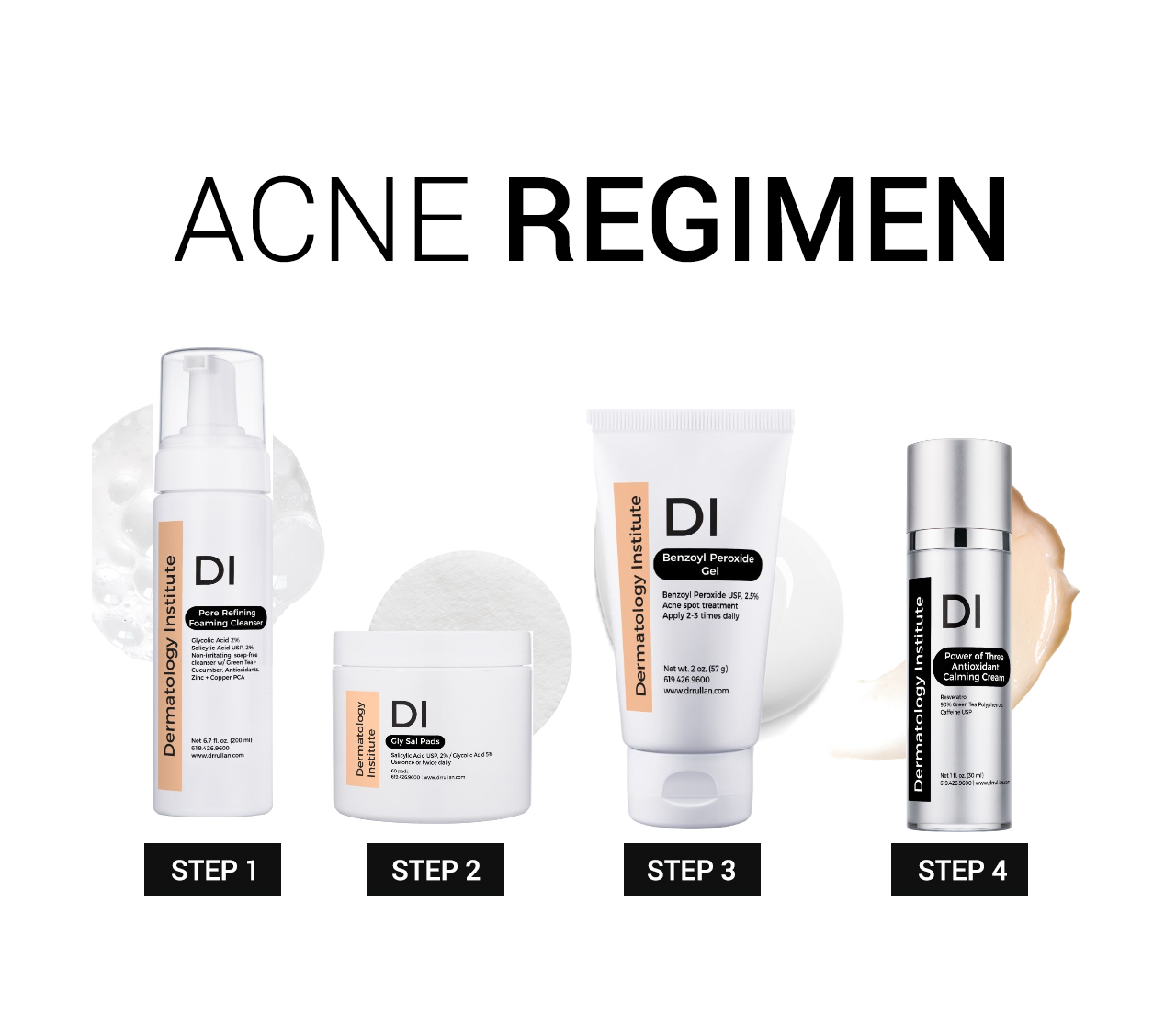 Acne or acne vulgaris is a skin condition that affects the skin's hair follicles. Acne is most common amongst teenagers, however can often affect adults as well. Multiple factors contribute to breakouts, including bacteria, hormones, genetics and inflammation. We pride ourselves on offering comprehensive treatments including acne facials, acne surgery, intralesional kenalog and drainage of cysts, chemical peels for acne, in addition to a thorough topical regimen.

Rosacea is an inflammatory skin condition that is characterized by facial redness, small and superficial dilated blood vessels on facial skin, papules, pustules, and swelling. Rosacea is a very common skin condition affecting all skin types and ages. Treatment for Acne and Rosacea is multifaceted and best when customized by a dermatologist. Dermatology Institute will provide you with the best prescription regimen available, in addition to supplemental topical regimens. The various means of treatment include oral & topical antibiotics, isotretinoin (for the treatment of oily skin with red bumps), and laser with Vbeam Perfecta Pulse Dye Laser.

Benign moles are referred to as “melanocytic nevi.” They appear as tan to dark brown spots or bumps on the skin, lips, and even eyes. Moles are nests of melanocytes—the pigment producing cells in the skin. Moles are present on almost every individual and develop in the first few decades of life. Moles can occur anywhere including the scalp, genital area, and mucous membranes. A birth mole is called a “congenital nevus.” Birth moles should grow proportionately with the body and be monitored regularly. The tendency to develop great numbers of moles runs in families. Having approximately 40-50 moles or more increases the chance of developing melanoma. Heavy sun exposure, including tanning beds, also increases the number of moles.

The ABCDEs have been developed to help patients recognize changes in moles. These changes could herald a transformation into atypical moles called “dysplastic nevi” or even melanoma. An explanation of the ABCDEs rule is explained below:

Moles should be symmetrical. If one side is different from the other, the mole should be investigated.

The border of the mole should be regular, sharp, and well-defined.

Uniform color should exist in the mole. More than 2 colors indicate an atypical mole.

Moles should usually be 6 mm or smaller in diameter. This is about the size of an eraser on a pencil.

New or changing moles should be examined by a physician. These changes can include changes in how the mole looks or new symptoms to the mole including itching, pain, bleeding, or ulceration.

Atypical moles or “dysplastic melanocytic nevi” or “Clark’s nevi” are terms reserved for unusual moles. These moles look atypical both clinically and under the microscope. Dysplastic nevi are genetically inherited. The presence of dysplastic nevi greatly increases the risk of melanoma. Dysplastic nevi can be precursor lesions to melanoma. Individuals with 10 dysplastic nevi increase their risk of melanoma 12-fold compared to the general population (according to the Skin Cancer Foundation). Individuals with atypical moles should conduct monthly self-examinations and be examined at least annually by a dermatologist. Patients with larger numbers of dysplastic nevi should undergo a full skin examination every 6 months. New or changing moles should be evaluated and may require a biopsy to evaluate for cellular changes under the microscope.

If a mole is changing or is otherwise concerning, a shave biopsy may be recommended. This quick in-office procedure consists of injecting local numbing medicine and removing the affected mole. The procedure takes approximately 5 minutes and leaves a minimally detectable scar. Benign moles may either be removed by shave or surgical excision.

Melanoma is a deadly form of skin cancer. Early detection is the key to long-term survival. In 2010, melanoma was the 6th most common form of skin cancer. There is a strong genetic linkage to melanoma. Risk factors for melanoma include a personal history of melanoma, a first-degree relative with melanoma, a personal history of atypical moles, a history of sunburns, and light skin, hair, or eye color. UV tanning booth exposure has also been linked recently to the development of melanoma. Melanomas often appear as multicolored or very dark atypical moles. Melanomas can often be flat, although raised or nodular melanomas also occur. Amelanotic melanomas can be tan or pink in color. Melanoma can occur anywhere on the body including sun-protected areas. The palms and soles, genitalia, anus, eyes, and mouth all may develop melanoma. Melanoma is a life-threatening diagnosis. Survival from melanoma is directly related to the thickness of a melanoma. Thin melanomas have a very high cure rate following surgical excision. Thick melanomas may metastasize to lymph nodes or other organs. Important prognostic factors from the microscopic examination of melanomas include first and foremost, the melanoma thickness (measured in mm), the presence or absence of ulceration, cellular mitoses, and lymphocytic response. The most important means of detecting a melanoma is regular skin checks.

If you are in the San Diego area and would like to discuss your skin cancer treatment options or would like to set up a skin cancer screening, call Dr. Peter (father) or Dr. Jennifer (daughter) Rullan at 619-426-9600 to schedule your appointment.

WHAT IS ATOPIC DERMATITIS

Learn about the most common form of eczema.

This is a common skin disease in children. It is so common that people have given it a few names:

To avoid confusion, we’ll use the medical term atopic dermatitis.

No matter where it appears, AD is often very itchy. Infants may rub their skin against bedding or carpeting to relieve the itch.

In children of all ages, the itch can be so intense that a child cannot sleep. Scratching can lead to a skin infection. Because atopic dermatitis can be long lasting, it is important to learn how to take care of the skin. Treatment and good skin care can alleviate much of the discomfort.

Treatments can include medications (topical or systemic) and/or PRP (platelet rich plasma). We also offer a treatment call PRF (platelet rich fibrin) by Selphyl which is very effective in promoting hair growth. We provide prescription treatments including oral therapies with either finasteride, minoxidil, or spironolactone. In addition, we prescribe topical minoxidil regimens that are more effective than over the counter readily available foams. 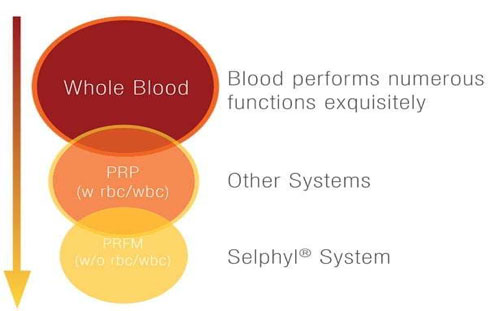 Other Dermatologic Conditions We Treat

LASERS THAT MAKE OUR CLINIC UNIQUE 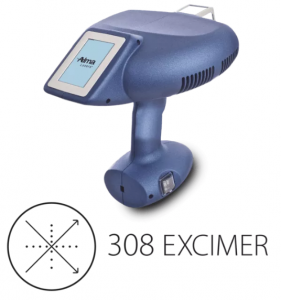 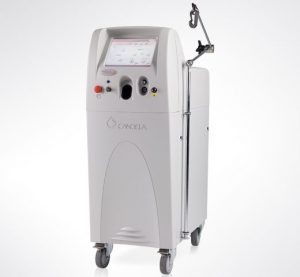 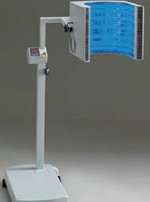 We do not sponsor or endorse any of these sites, nor do we make any guarantee, warranty or representation regarding the accuracy of the information contained on the Web sites. These links are provided for your general information and education only, and should NOT be relied upon for personal diagnosis or treatment. If you have questions, please contact your health care provider.

HEALTHY SKIN LOOKS GOOD ON YOU

Font Resize
Contrast
Accessibility by WAH
Call Us Text Us